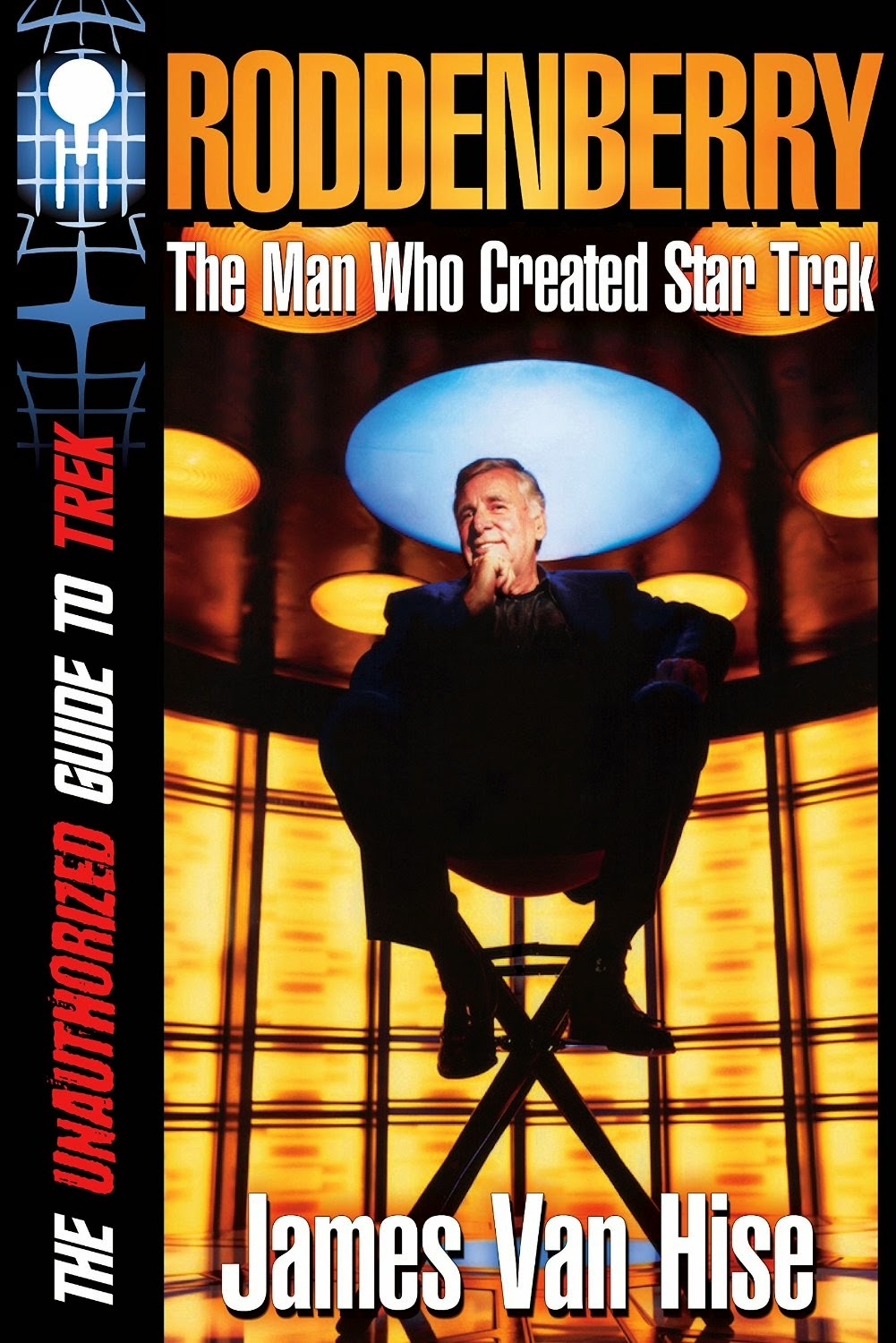 Gene Roddenberry was both a very human man and a cosmic visionary. Hardheaded, single-minded, a good friend and a bitter enemy, Roddenberry was a creative genius who pursued his dreams single-mindedly. A man who envisioned a future where humankind had outgrown war, he often fought unnecessary battles in his own life. Though his every project was a failure (Star Trek was cancelled after only three seasons), he created the single biggest phenomena in media history and gave the 20th century one of its most universal myths.

Roddenberry is the story of an almost larger-than-life man hose flaws were as outsized as his virtues. Even actors he made world-famous stars and millionaires spoke of him with mixed feelings. Final redemption came with the rebirth of Star Trek on the movie screen and launching of a new television hit, Star Trek: The Next Generation.

In Roddenberry: The Man Who Created Star Trek, journalist James Van Hise reveals Roddenberry's career as never before, in both its triumphs and failures. More importantly, it tells the story of the man behind the public figure.

You will also learn:
· Why Roddenberry became a cop and how it helped start his career as a television writer.
· The integrous stance that cost him a job with the big-budget adventure drama, Riverboat.
· What TV show he created and produced featuring four future Star Trek crew members – and who they were.
· Why he decided to write a science fiction show.
· Why Desilu Productions decided to back Star Trek when everyone else had turned it down.
· The original pre-production shape of the Enterprise hull.
· The name of the controversial movie he produced right after TOS ended.
· The incident that inspired him to give the mutants on Genesis II two navels.
· The strange reason Paramount fought against reviving the Star Trek series for years.
· Why Leonard Nimoy refused to appear in Star Trek: The Motion Picture and what made him change his mind.
· Why, after all his battles with Paramount, Roddenberry agreed to be the producer on Star Trek: The Next Generation.
· Why David Gerrold and D. C. Fontana both quit The Next Generation.
· Why Roddenberry trusted the Next Gen producers to be faithful to his vision after his death.
– And much, much more!

James Van Hise is a media journalist and the author of more than two-dozen books. He was the founder of the early and influential Star Trek ‘zine, Enterprise Incidents. He currently resides in Southern California.