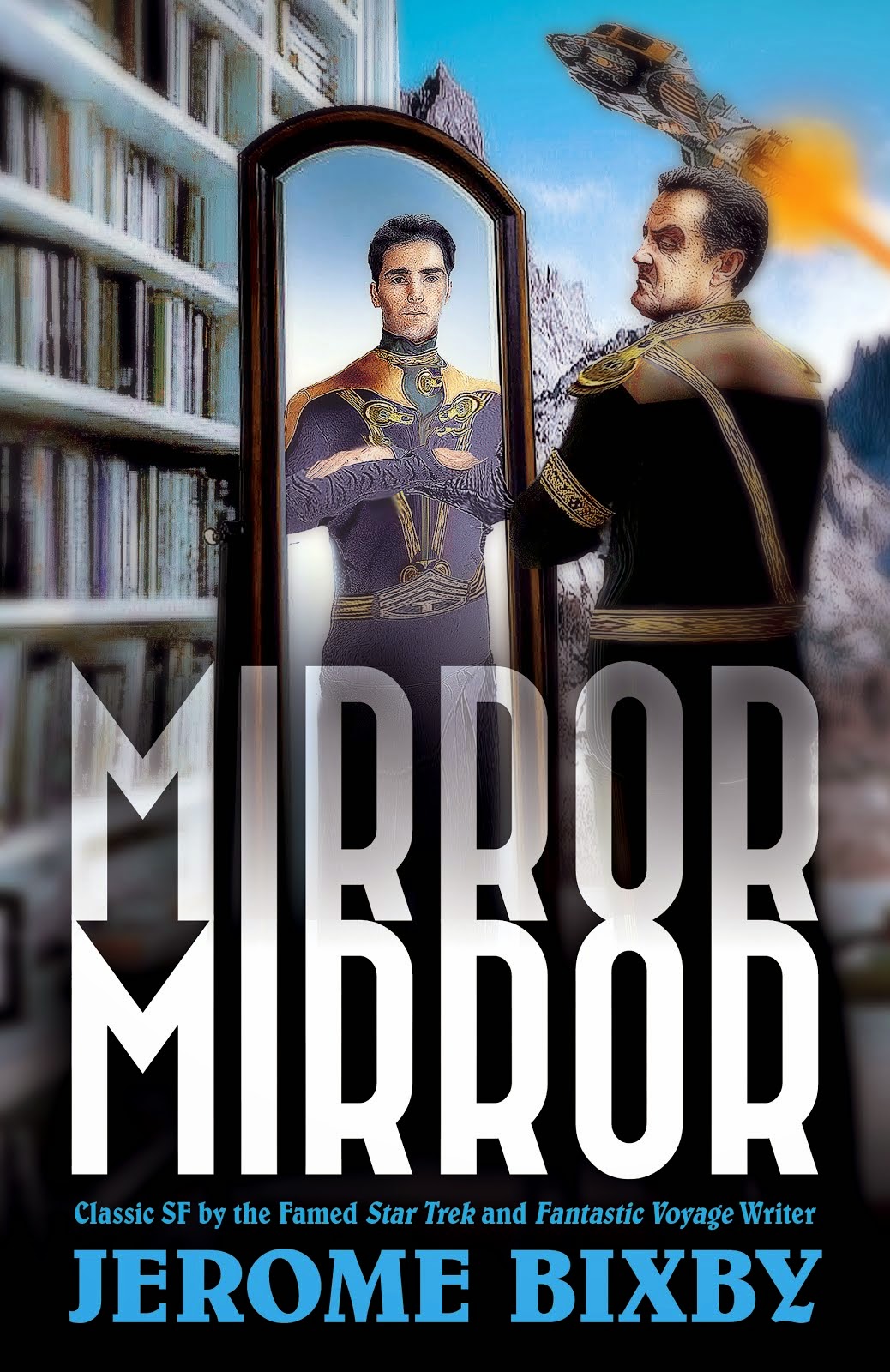 The famed Star Trek script writer's new collection of eleven stories from the pulp science fiction magazines, Mirror, Mirror, has reached the top 10 on the Star Trek bestseller list at Amazon Kindle and the top 50 among science fiction anthologies and collections.
Before he wrote four fan-favorite Star Trek episodes, and the screen story for the movie Fantastic Voyage, Jerome Bixby (1923-1998) was a highly regarded professional science fiction magazine editor. But Bixby deserted magazine editing for Hollywood. Bixby is best remembered for episodes he wrote for the original Star Trek television series, and is much revered by series fans for introducing, in "Mirror, Mirror," the concept of the "mirror universe" where The Federation and Kirk, Spock, et al, are all their evil exact opposites in character and deed.
Bixby also wrote three other episodes, "By Any Other Name," "Day of the Dove," and, "Requiem for Methuselah," which are ranked among the best in the series. The new collection contains a trio of rarely reprinted novelettes containing ideas that Bixby would later mine and transmogrify in two of his highly regarded Star Trek episodes. These stories are "One-Way Street" and "Mirror, Mirror" (both used in the ST script "Mirror, Mirror") and "Cargo to Callisto" (used in "By Any Other Name"). The collection also contains Bixby's most famous short story, "It's a Good Life," memorably dramatized first on The Twilight Zone, then in the Twilight Zone Movie, and finally reinterpreted for the twenty-first century on the series 2002 incarnation, in "It's Still a Good Life."
Buy Mirror, Mirror in  Kindle only $3.99.