We are very pleased to be able to bring you this wonderful interview with the celebrated author Tim Powers ... featuring some touching reminiscences about his experiences with William Rotsler: 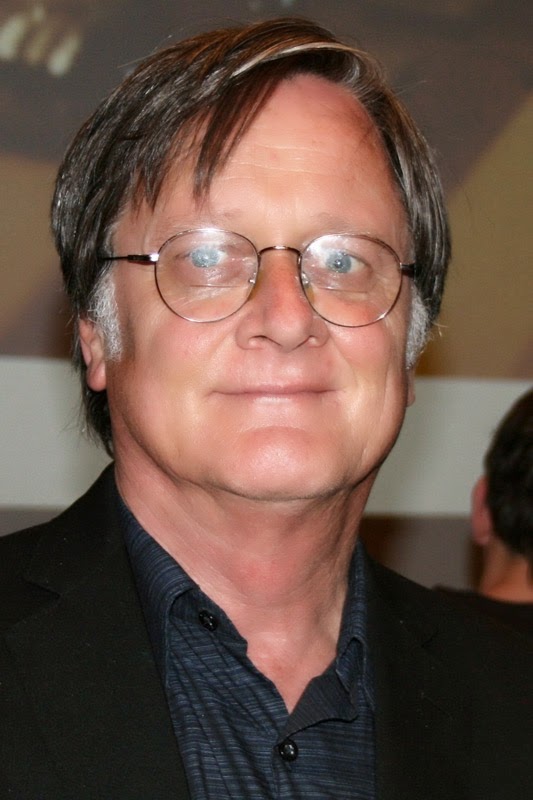 Tim Powers is the author of numerous novels, including Last Call, Declare, Three Days to Never, and On Stranger Tides, the inspiration for the blockbuster film Pirates of the Caribbean: On Stranger Tides, starring Johnny Depp and Penélope Cruz.     Tim Powers has won the World Fantasy Award twice for his critically acclaimed novels Last Call and Declare.

1.  How did you first meet William Rotsler?

It was at a Westercon in San Francisco in 1971, when I was nineteen. I had gone there with the rare book dealer Roy Squires, and he introduced me to Rotsler and Paul Turner, and they asked me if I'd be interested in working for them when we were all back home in the L.A. area. The work sounded informal and irregular and paid in cash, so I said sure. I was of course already aware of Rotsler's drawings in fanzines.

2. What was your first impression of Bill?

He seemed big and confident and worldly and humorous -- the sort of guy you're flattered (especially if you're nineteen) will pay attention to you.

3. Can you share some fun anecdotes about Bill?  We know that he was (ahem) quite the character....

I remember one time we went to a Mexican bar to hire guys to dress up as Arabs and be extras in "The Street of a Thousand Pleasures" - the offer was five bucks a day and the opportunity to see naked women dance, and there were lots of takers. On the way back to the van, while we were crossing a bridge over a culvert, Bill felt a hand lifting his wallet out of his back pocket; Bill spun around and rolled the guy right over the rail. I don't know how the would-be pickpocket fared, but Bill kept his wallet. I was enormously impressed.

4.  Our mutual great friend, Paul Turner, and fantastic pal to Bill Rotsler, asked us to ask you about Bill's (ahem) 'adult' film Street Of A Thousand Pleasures ...?

I carried equipment around and helped build lots of sets for it - cutting walls and turrets out of plywood and painting them with a mix of paint and sand - but I wasn't there when they were filming. I think that was out of consideration for my impressionable youth. But I got to spend a number of nights at their house up on Ridpath in Laurel Canyon, and I vividly remember swimming in the pool, and hanging out with Norman Spinrad and George Clayton Johnson, and drinking beer and eating spaghetti with chili while Cat Stevens' "Tea For the Tillerman" played on the stereo. 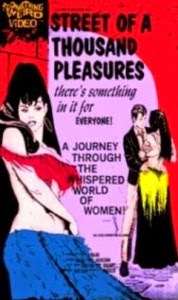 5.  Can you please share with us some thoughts about Bill's amazing creativity?  His work as an author, cartoonist, photographer, filmmaker, etc?

Well, the guy was the complete artist, in every form I can think of except maybe needlepoint. Actually, I think he'd have been more successful if his skills had been limited to one or two areas! But they were all things he was very good at, and he wanted to play with them all.

6.  Last, but not least, could you share with us how William Rotsler affected your life ... personally as well as professionally?

He, along with Philip K. Dick, impressed me with the chaotic life of a freelancer - stretches of wonderful idle time interspersed with periods of intense work, and how you have to be able to fully enjoy both. Financial reverses pass, and recur, and pass again. Roll with the punches and don't give up.