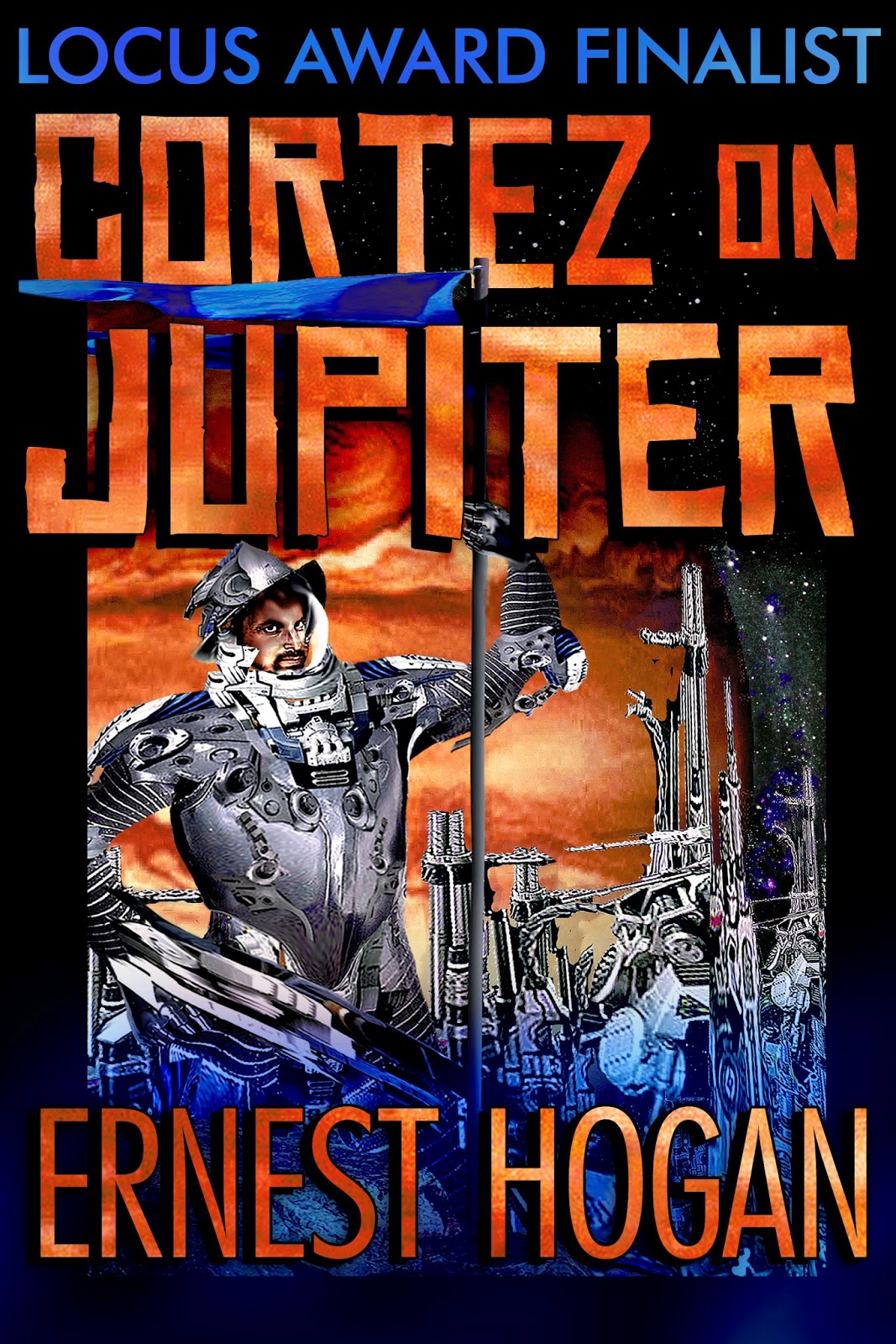 "Ernest Hogan is the creator of a Xicano science fiction genre with a crossover readership. …raw creativity."
–Frank S Lechuga

The enhanced ebook version of Cortez On Jupiter, which contains a new introduction about the writing of this highly controversial novel which introduced Chicano tropes to science fiction, is available now – and a premier trade paperback edition will be coming out in January, 2015.

Hogan, who describes himself as "–a recombocultural Chicano mutant, known for committing outrageous acts of science fiction and other questionable pursuits" has had stories published with great acclaim in publications such as Amazing Stories, Analog, Science Fiction Age, Semiotext(e)SF, and many others.

Cortez On Jupiter is the story of a wild young Chicano artist who covers Greater Los Angeles with fantastic graffiti and a beautiful African telepath who opens the door to communications with the deadly Sirens of Jupiter.

Not since Ayn Rand's Howard Roarke has there been an artist as iconoclastic, as idealistic, and as splendidly spectacular as Pablo Cortez. And look out, he's twice as radical!

Combining hard science fiction with pyrotechnics worthy of The Stars, My Destination, Ernest Hogan tells the story of the painter who founds the Guerrilla Muralists Of Los Angeles, goes on to make Mankind's first contact with the sentient life-forms of Jupiter.

It's a roller-coaster ride from vulgarity to the transcendent, as the unforgettable Pablo Cortez struggles, selfishly and selflessly, to expand humanity's consciousness on a journey from the barrio to the stars.

"An alien first contact story featuring a hyperactive, irreverent, and self-absorbed Chicano artist from East LA. Cortez is recruited to make contact with creatures discovered on Jupiter who "speak" in projected images. It's a dangerous assignment; previous attempts to communicate have ended in insanity and death, but Pablo is always up for a little bit of craziness."
–Michael Lichter, Amazon

"It grabs you and won't let you go. The best [first novel] I've read in science fiction since Neuromancer."
–Tom Witmore, Locus

"If Hunter S Thompson and Alfred Bester had a Chicano child, it would be this."
–Dave Hutchinson